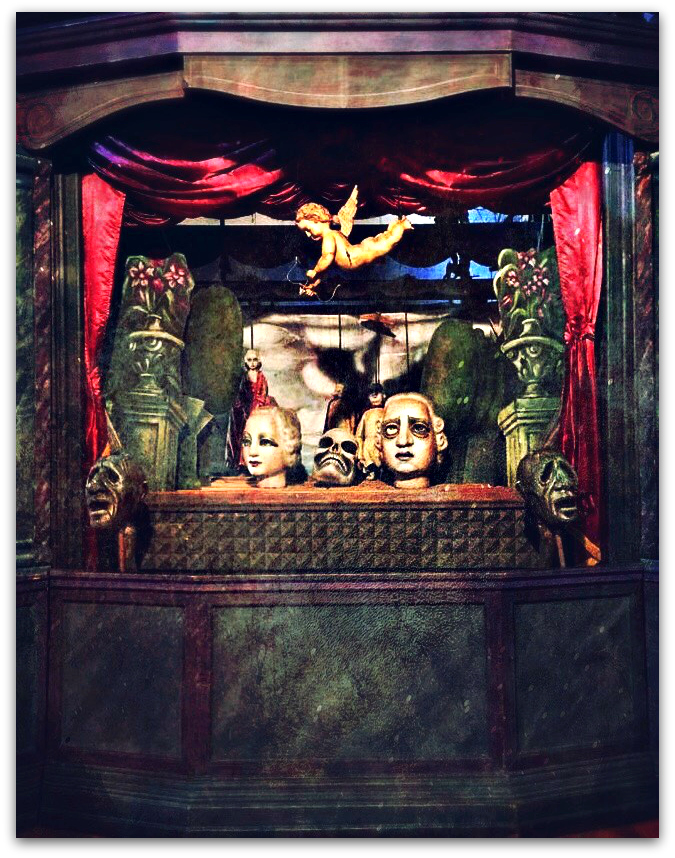 Original photo by Barbara Johansen Newman. Futzed with by me.

The stage was set, the performance about to begin. Cupid aimed his arrow at Véronique. She was not a willing participant in this grand guignol. Alas, poor Yorick,  wearing a wretched grin — his was not a speaking role, stuck as he was between la dame and the ridiculous Louis, whose eyes rolled relentlessly heavenward. The bit players barely noticeable at the back. All of them waiting for the houselights to dim. As they did every day, except for Sunday when the public attended church to confess the sin of misplaced curiosity.

At the front of the stage, there was no mask to represent comedy. Tragedy was the only play held here.

n.b. My friend Barbara is currently on a Viking River Cruise. She’s been generous in sharing her photos with those of us who are stuck at home. One of the places she visited was Český Krumlov in the Czech Republic.   There were a couple of museum-y kinds of places with large collections of puppets and marionettes.  This evolved from one of the photos she posted. My imagination ran a little wild. I am thinking of making my own strange tableau.